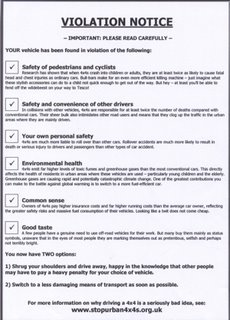 Another from the network archives, with yet more interesting overlaps between the supposed day job (ad writing) and the night-time hobby/addiction: Junkk.com.

A while ago, following the invitation of our lovely Chief of Prose and Comms Anita, I joined a 'writers collective'. It rejoices under the numeric title of '26', which was the number of original members and, possibly with complicated consequences in due course, the annual subscription in £.

Don't know much about the money, which compared to a lot of such things seems pretty reasonable, but the membership has grown a lot, numbering now in the hundreds.

Sadly they are based in London, and that is where most evening events take place, so it was only thanks to my jaunting around recently that I managed to at last attendd a gathering. And a fine one it was too, coinciding with The London Design Festival, held in the Old Truman Brewery, Brick Lane. Other than the trip (back home about 3am), I am very glad I went.

I met a pleasant, eclectic collection of individuals from the creative world, and of course do hope that some card-swapping that took place will result in mutually-rewarding cooperation.

And as has proven successful so far at every event, my sporting the Vac:Sac led to my being approached to find out what it was, and what it was I did. And so throughout the evening I never wanted for an audience for the Junkk.com gospels. Best of all, it being a wordsmith-based soiree, it led to my meeting some publishers, and though things have bubbled in the back of my head on the subject before, it becomese pretty clear that a book to run alongside the website was deemed quite a good idea. All I have to do now is find the time to write it. Or at least a synopsis. Sadly, scouting for an estate next to JK Rowling is a tad premature, as the amounts being bandied about rather explained why the great and good of literary history seemed to die young of dodgy diseases and despair.

But on balance it was nice to know that some potential was seen in a new but complementary area.

To finish this upbeat tale on a sadder note, check out the picture (flyer for site called stopurban4x4s.org.uk). In advance of th event I had been sent this by a fellow member who was inspired by Junkk.com's mission. He was not attending but was a fellow ewarrior, and lived out West, so a budding relationship was in the offing. Sadly, with my oversized honest streak, I felt it necessary to tell him my support for anti 4x4 campaigns was not quite so ardent as his.

However, as the piece in question was quite witty, not aggressive and hence a view well worth sharing, so I offered to post it on the site. I have not to this day heard back. This is a pity, as I do feel that we can work together to improve the overall way of things without requiring total matching of beliefs from those with whom one may wish to partner.
Posted by Peter at 4:54 pm No comments: 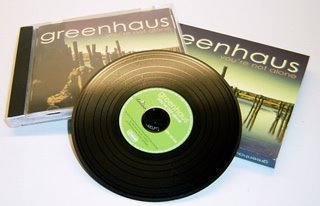 In as much as First Lady PJ wrote and performed our Junkk jingle, this can have a proud place on the blog.

Because the latest album she has created with her bandmates at greenhaus is now ready!

And pretty spiffy it looks too.

Also note the CD... is a record. Neat or what? Sounds pretty amazing, too.
Posted by Peter at 2:52 pm No comments:

Here's some I made before the programme.... for nothing! 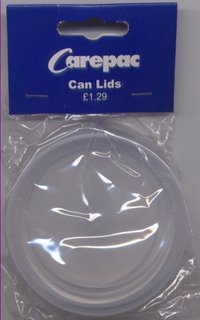 I'm a sucker for gadget brochures and websites.

And while I know that Junkk.com is unlikely to come up with a large percentage of the gizmos that are just soooo hard to resist, it always inspires me when I come across something that has been on our pages for a fair old while. Especially when we are showing folk how to do it for free. Lids. Corkboard. Gutter.

Mind you, looking at some of these prices, I'm in the wrong business.

But between the various awards and shows this month, I think we might drum up some if we try. I doubt we'll ever put anyone on the street as folk will always be lazy, but for those who fancy it, it's nice to have the option to save.
Posted by Peter at 2:00 pm No comments:

The whole 'E/Re' issue continues apace, and with every article I read I have to hope that we stand poised to be at least a small but significant part of the solution to a very big problem.

Take this for instance: Politicians will have to start talking rubbish for a change

Of course I have written to the author:

"Nice article.
Meantime, I guess we could also always think about reusing stuff rather than throwing it away."

I guess I should add to the blog, too. There were a few good links in there that I used!
Posted by Peter at 1:13 pm No comments:

If you know when it's bad you can do good

There certainly seems to be a rather fun mood in the design world these days, with a few quirky contests and exhibitions abounding.

Shame almost all are in London, though.

Anyways, one such was the 'Bad Design Awards', which I'm sorry I missed, especially when I now see how much effort was put into the show.

Anyway, you can see some of the features here. Look under: OUR WORK and scroll down to: BAD DESIGN AMNESTY.

Seem like a nice bunch. I dropped them a line to see if there may be some fun we could have with Junkk.com. Sound of breath being held.
Posted by Peter at 11:10 am No comments:

I may not agree with what you say, but will admire you with all my heart if you articulate it politely and well

Actually, the headline pretty much says it all. And if it doesn't the letter I just popped over to the Green Party HQ certainly will.

I recently saw one of those artillery exchanges I dread so much, where the news media set up two opposing sides and feed of the collateral scraps.

Only this time a young Green Party spokesperson called Sian Berry showed how things can, and should be done. Big up to her.

"I may not always agree with everything that gets said by one party of another in the ongoing environmental debates we are now seeing more and more of, but one thing I do appreciate is a person who puts their case well and maintains their dignity and respect in the process, and often in the face of rather unnecessary and/or aggressive tactics. As really the only method such material can be brought to us, the 'moderators' are by default the media and their operatives, and it does amaze me how much they are complicit in rendering serious and interesting avenues of discussion trivial and altogether too polarised simply in a desire for ratings. Hence it was with some pleasure I witnessed the exchanges between Ms. Berry and Prof. (of Forecasting?) James Woudhysen on the BBC recently, and congratulate her on a truly impressive performance."
Posted by Peter at 10:12 am No comments: