Would one care for a deep fried Mars bar, Old Boy?

Another (re:lated) industry, another bit of self-analysis with a question mark at the end: Time to ask: how green is your tally?

And I again I have been moved to reply:

Excuse me as I put down my latte. I must say that is a more colourful at least figuratively) expression the one we have adopted, which is the more literal 'green lite'. I thank you for a most interesting article, and some worthwhile leads for us to pursue. It's a bit of a shame that most of the effort in this area (at least there is some now) is at the upper, some my say 'luxury' end of the market. But still a red Razr is still a new mobile coming on stream, though one can hope that we have many avenues now for the discarded model to be disposed of fruitfully. And equally, a Prius is great, so long as it is not in addition to another model, or used outside of the urban environment (on a motorway the engine is lugging a dirty great big battery). And there are those who do care about the planet, would like to do something, but may not have the disposables to whack a wind turbine up this weekend, or the clout with the local council to push it through. So we see another great area of opportunity in the Fiesta Family. And just to see how even big business can get on board, see what ecover have done on our site. They not only uploaded their entire range, but hired two designers to bolt ideas on. At no real cost to themselves, they added second use and another reason to buy. That's real, responsible.. and the potential for a new extra market.
Posted by Peter at 12:25 pm No comments:

An interesting question, posed from within the marketing industry: Time to ask: how green is your tally?

To which I felt moved to offer this reply:

It's a tricky one. But it's worth bearing in mind that not all that's green can be black or white. I must confess a degree of schizophrenia here. On the one hand I operate a website, Junkk.com, which advocates ways of saving the planet, whilst my day job is as a freelance creative, of which DM is a bread and butter part. In fact, my first agency client was the DMSB, and it was I who pushed them to actually use targeted DM rather than DPS's in Campaign to sell their message, a move applauded by all except media sales guys. Even our own business uses the odd (well-targeted, one prays... these babies are expensive) mailshot to stand a better chance of getting through to our audience. E-mails simply don't get through, and my cold calling technique seldom gets past Tracey on Reception, much less Mrs. Miggins with her IBM Selectric on gatekeeper duty. Even should I pass the 'Hooshudisazcallin?' test, I usually fall at 'Does s/he know what it's about?'. Thing is, like everything in this contentious arena, I do wonder whether there are some areas being unfairly singled out against a much bigger picture. Don't get me wrong, I truly loathe an in-tray full of A5 bank invitations which start 'We know you are a busy man..' or magazine DL sign-up exhortations splatted with 'As a loyal customer, just you in this area has..', and consign all to the bin unread, and hence wasted in totality. Sadly, I have to concede they must work as a business model, otherwise they would not be sent. But then, what about the newspaper that has a raft of sections I neither want nor read? Style inserts with the reporter gushing over some lovely in a fur bikini (is fur in or out this week?) from a show in Bali. Ironically usually in a section twice removed from the one muttering the carbon content of unnecessary air miles? Which brings me to a further consideration: the next big thing to the necessary evil of our desire to travel may be biofuels, on the basis that they are carbon neutral. Could one not therefore argue that so long as the raw materials are from managed, renewable (and maybe recycling is not the best option here, as Mr. Baker has indicated) resources, then the greenery in question is acting as a similar compensatory sink for the paper industry. Me, I'll keep on producing our DM with a clear conscience on this basis. Accepting we do have to communicate, so reduction is not an option, but at least so far all we have produced gets reused. I'll send you a sample if you like (by email of course, to see if you'd like it hard copy).
Posted by Peter at 12:00 pm No comments:

My Four Frames of Fame II 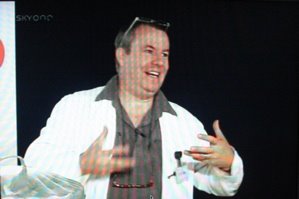 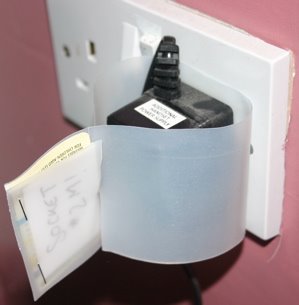 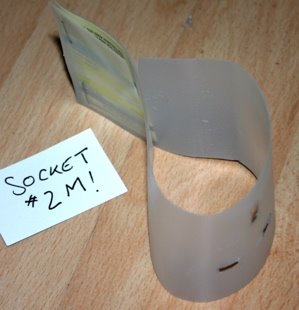 Watching Sunday's episode of SKY's Big Idea was like being back at the British Invention Show, as many of the contestants had been fellow exhibitors.

This time it was filmed at Imperial College, but not the day we were there, so I believe I'm right in thinking that we should be 'due' in two weeks' time.

I did get featured again, and it wasn't bad. Their theme on this occasion was motivations, and I was aired explaining how Junkk.com could save time, money and the planet. The voiceover was flip but at least said it was an impressive aim.

The show was pretty much identical to the last. The Judges were kind to the contestants, but not to each other. And Richard Bacon was again quite incisive in his questions and doubts on an idea's validity. And this time, 'tester' Dick strawberries actually found flaw in a few.

As to the ideas, well, I'm afraid I saw no 'Big Idea'. I can't duplicate with Junkk.com the electronic ones, but two are entirely doable, and so I will try to make them up for next time.

Meanwhile here's last week's winner, which I knocked up at the show with a milk bottle and cutter in about 5 minutes. For free.
Posted by Peter at 7:35 am No comments: