The right person for the job

Well, it's certainly true that when life serves of lemons, there are those who can have fun whilst making lemonade.

And as a lot of what ails seems to come from 'politics' (though not just in government), I have recently learned a trick or two.

For instance, if you want to get across something, but don't want to be nailed to or by it too closely (just in case), you refer to what another may have said without comment, in passing, like.

Oh look, I wonder what the genius Dilbert might be saying today...
Posted by Peter at 2:35 pm No comments:

Proof that it can pay to recycle..

From my lovely wife (and a series of others back to its genius, if sadly now 'anon' originator): 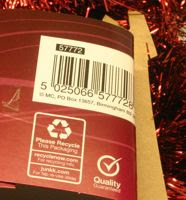 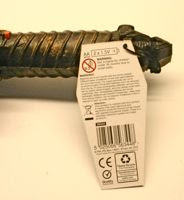 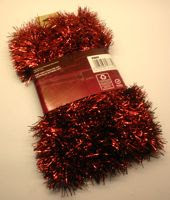 All a bit 'doom and gloomy' on the economy front at the moment, so it's nice to share a bit of breaking, ongoing and all-round re-evolving news from Junkk Towers!

Frequent readers of this blog will recall that a wee while ago we were rather chuffed that budget family retail (you know, the ones who are now doing better and better in the current, if sadly looking more and more austere economic climate) chain Poundland had got in touch to say they liked what we're up to, thought re:use was well worth promoting as another 'green' option, and hoped it was OK if they pointed at our site as a way for folk to seek alternative options to the bin and landfill with what they buy.

Well, having recently already noticed a few, we have to say often rather confused/incredulous sign-ups already already on the site, we were pleased to a few days ago at last make these nice folks' acquaintance.

Seems a bit grand to call it a 'meeting', but we had a good chat with both the packaging and PR division heads, and whilst the order of the day is till 'softly-softly' baby steps, we're rather excited at what can, and hopefully will be done by them, by Junkk.com and the two organisations together.

Somewhat of a priority is to get as many bits of data and/or ideas as we can up on site to help and/or inspire those who are tempted our way by the URL on pack. This does actually get rather daunting as we have been told that there is the order of 2,000 lines coming on stream.

Anyway, the journey of two thousand more ideas starts with the first second use concept, so here's one I made just before the progamme (er, blog - you know Junkk is on record as 'Blue Peter on steroids, right?) having been given a sample of the coming Xmas range:

So... the first, perhaps not the best (yet), but then it won't be the last. All you need to do is engage (left) brain and see what transpires. 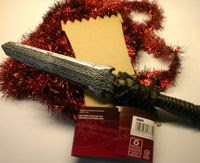 It needn't cost the earth

A few good points to a well meant article.

I'd just offer that instead of trying to be 'green' (whatever that is) but being allowed to be and (as you say) properly supported in becoming green-er would, as any baby knows, make the steps easier to cope with, learn and seek to master if not improve upon.

Being slammed with all-or-nothing from what is more and more looking like a truly double-standard ridden 'industry'... not so much.
Posted by Peter at 10:20 am No comments:

Why I love research. And newspapers. And activists. And...

Amazingly, from the Gaurdian.
Posted by Peter at 9:30 am No comments:

Have celebrity, will travel

It has already been noted that 'environment' is creeping down the agenda.

Even on Aunty it hasn't cropped up in a while.

So I guess there is no one around to concern themselves with all these celebrities and crews off hither and thither to raise awareness on this and that. Just two today.

Message and messengers again. While the topics may be valid, when Zoe Ball tells me Mrs. Brown and hubby are with her off to sorts things out elsewhere I am not sure my reaction is the one being sought.

At least she dodn't seem to have a book/show to sell.
Posted by Peter at 8:51 am No comments: